Listen to Your Heart and Choose the Best Stethoscope 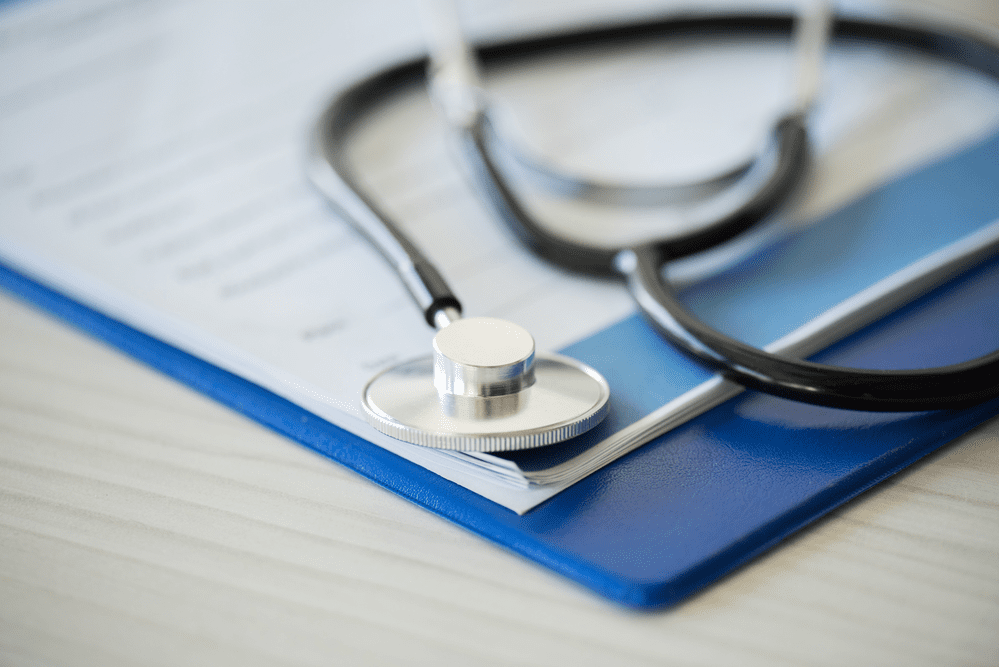 There are a plethora of stethoscopes on the market. It is one of the most common pieces of medical equipment and is certainly the most visible. So which stethoscope is the best stethoscope for you?

What Is a Stethoscope?

A stethoscope is a device that amplifies the sounds made by bodily functions, such as heartbeat and breathing noises. This is technically known as Auscultation, from the Latin auscultatio, which means the act of listening.

It’s one of the first clues a doctor or nurse has that something may have gone awry in the body of a patient.

The stethoscope is one of the earliest medical devices. Although the best stethoscope design has changed considerably since it was first invented back in 1816 by a gentleman named René Laennec.

His stethoscope was little more than an ear tube. It looked like a very large turkey thermometer, with a long tube capped by a flat disk that the user placed against his or her ear. Fortunately, we’ve come a long way in stethoscope technology since then.

Parts of a Stethoscope

When discussing the best stethoscopes for you, it’s beneficial to get the terminology down. Here are the parts of the stethoscope, starting with the end that touches the patient:

The chestpiece is the part of the stethoscope that comes in contact with the patient. It contains the diaphragm (see below). It can be either one or two-sided. A two-sided chestpiece may be switched by rotating the chestpiece 180 degrees until a “click” is heard.

The diaphragm is the part of the stethoscope that transmits the patient’s internal sounds to the nurse’s ear. The sounds from inside the patient’s body cause the diaphragm to vibrate, which compresses the air to amplify the sound that reaches the nurse’s ear. Since the diaphragm is larger than the diameter of the tubing (see below), it compresses the air because of the additional volume due to the larger diameter diaphragm. This has the effect of amplifying the bodily sounds you are listening for.

Some diaphragms are tunable; they pick up different frequencies based on how hard the diaphragm is pressed against the patient’s body.

There are three main types of stethoscopes: acoustic, Littman and electronic. We’ll discuss each type and then pair that with how you can use them in medical situations.

Electronic stethoscopes do not use traditional diaphragms and tubes to amplify sounds. Rather, they use electronic amplifiers and can even connect via Bluetooth to devices that can record and compare changes over time in a patient’s body sounds.

Electronic stethoscopes can pick up a much broader range of frequencies than acoustic/Littman stethoscopes. This allows nurses to hear more sounds and analyze them more precisely.

How Do You Use a Stethoscope?

Below you’ll find a quick primer for those just starting out, or layman looking to become a CNA.

This is probably the most common use of the stethoscope, but it is also one of the most difficult to get right. One of the common errors made particularly by new users is to mistake the sound made when measuring diastolic pressure (the second number – the pressure in the arteries when the heart is filling).

Another common use of the stethoscope is to evaluate heart sounds. You should learn how to place the chest piece in the four locations around the heart necessary to hear noises from all the chambers of the heart: the aortic, mistral, pulmonic and tricuspid. Remember, practice makes perfect.

Other uses of the stethoscope include detecting arterial bruits (obstructions in arteries that can make a ‘whooshing’ sound), evaluating bowel problems such as bowel obstructions, and measuring the span of a patient’s liver.

Does the Type of Stethoscope You Get Make a Difference?

Acoustic stethoscopes are great for beginners. They allow nurses-in-training to learn the ins and outs of using this popular instrument. As you progress in your field, though, you will most likely want to get a Littman, since it has much more flexibility and range than the older acoustic stethoscopes.

Electronic stethoscopes are great devices, but they are usually used in a clinical setting rather than as an instrument that is carried by a nurse or other health care professional. They are also quite expensive when compared to the two other types of stethoscopes available.

For most general-purpose uses, the Littman stethoscope is a good compromise between functionality and price. They are among the best stethoscopes available.

What Are the Best Stethoscopes?

In this section, we’ll discuss some of the best stethoscopes for nurses, depending on where they are in their career and in what service they’re working.

This article assumes that electronic stethoscopes aren’t cost-efficient, nor applicable to most nursing applications.

One of the best overall stethoscopes for nursing is the 3M Littmann Classic III Monitoring Stethoscope. We recommend this stethoscope for nurses who are not working in emergency rooms.

For nurses in medical centers, doctor’s offices and general wards, this stethoscope is an excellent choice. It has the Littman’s tunable diaphragm and has excellent acoustics. It also comes with a five-year warranty.

One of the best budget stethoscopes on the market today is the MDF Acoustica Deluxe Lightweight Dual Head Stethoscope. This is an acoustic stethoscope with a two-sided chest piece, a diaphragm, and a bell.

It has excellent construction, good acoustic capabilities, comes with three sizes of
earpieces and has a lifetime warranty. The MDF Acoustica also has a lifetime parts replacement warranty.

For nurses working in pediatric practices or wards, the ADC Adscope Adimals 618 Pediatric Stethoscope. The ADC Adscope has soft, seafoam blue tubes and its chest piece has interchangeable animal heads that a young patient can select.

It is a Littman-type stethoscope, perfectly suited for young patients. This stethoscope features a non-chill chest piece along with a diaphragm retaining rim for your little patient’s comfort. They offer a five-year warranty.

For ICU and ER nurses, one of the best choices is the 3M Littmann Cardiology IV Diagnostic Stethoscope. This is a high-end model with a price to match, but it is one of the best available for use in the challenging ICU/ER environment. It has a 40% larger chest piece and a 60% deeper bell.

This allows you to hear subtler sounds, which can aid in diagnosing critical care patients’ problems while allowing you to pick up on subtle changes in your patients’ conditions. The Cardiology IV comes with a seven-year warranty.

If you’re a nursing student, one of the best choices for you is the MDF Sprague Rappaport Dual Head Stethoscope. The MDF Sprague comes with an accessory kit that contains infant, pediatric and adult diaphragms and bells. It is an acoustic design that has a very good acoustic profile, allowing you to pick up on subtle sounds more easily.

One drawback is that you must use either diaphragm or bell, but switching between them is easy and takes little time. It comes with a lifetime warranty and has a free parts-for-life program.

Depending on your work environment, your budget and your type preference, one of these stethoscopes should be perfect for you.

One final thing to realize: a stethoscope is not just a piece of equipment. It is also an indicator of your credibility as a medical professional. More than any other single item, patient surveys have revealed that patients feel that a person wearing a stethoscope is more reliable and trustworthy than those who don’t commonly wear this easily recognizable medical device. You would be wise to keep that in mind throughout your medical career.