According to data compiled by U.S. Bureau of Labor Statistics, the median nurse assistant salary in the United States is $24,400.

This places the Certified Nursing Assistant profession among the best-paying jobs in the healthcare field for individuals who have not completed at least two years of school, and ranks it ahead of the national median for all positions.

With that said, the actual salary one can expect to earn can vary considerably according to a wide range of factors.

As is the case with most career paths, the amount of experience a Certified Nursing Assistant brings to the job is one of the biggest determinants of how much he or she is paid. CNA salary usually increases incrementally over the first four years of a person’s career before reaching a plateau around the five-year mark.

At this point, you may be wondering “why does CNA pay plateau after five years?” The answer is actually quite obvious when one considers the position’s job description.

Because nursing assistants perform only non-specialized, support tasks, and because they are actually legally-restricted from taking on additional responsibilities in many states, a CNA has essentially reached his or her ceiling after the first handful of years on the job. For this reason, it is highly common for nurse aides to pursue additional training at this point so they can transition into either an LPN, or RN, position. 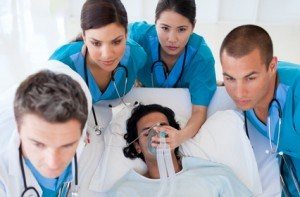 The second-most influential factor in determining CNA salary is usually whether or not the individual carries any additional certifications. Being certified to perform tasks outside the scope of the typical nursing assistant’s responsibilities makes an individual more attractive to an employer and, therefore, translates into higher pay.

The certifications most-often held by CNAs include:

There are four major factors that generally influence how much a CNA makes. While there may be additional variables that are also added into the mix in certain situations, for the most part, the following are the most impactful.

The type of employer (e.g. hospital) one works for also has a significant impact on his or her pay. The decision to work at a long-term care facility, hospital, clinic, or in a home care setting can sometimes equate to a difference of thousands of dollars per year in CNA salary.

As the following U.S. Bureau of Labor Statistics data indicates, nursing assistants who are employed in home health care and assisted living facilities tend to earn less than their counterparts who work in general hospitals.

Although it’s listed fourth, the state and city where a CNA lives and works has as much impact on nursing assistant pay as any other variable.

In general, CNAs who work in either the West, Northeast, and in cities are paid well above the national average, while those who are employed in the Southeast and rural areas earn less. Differences in cost of living and demand for nursing professionals in these areas drive these trends, and can lead to numbers that are well outside the scope of the national average ($29,083) cited earlier.

As the following table illustrates, the average CNA salary in some states can be well over $30,000-per-year in many cases.

How to Earn the Highest CNA Salary Possible

To maximize your earning potential as a Certified Nursing Assistant, it’s important to do one thing – increase your versatility. This means not only earning a specialized certification (see No. 3 above), but also being willing to work second or third shifts (both of which often pay differential incentives).

You can also look into becoming your employer’s trainer (this usually pays as much as an additional dollar per hour), or even changing employers if there is a better situation out there for you both in terms of personal interests and CNA salary.